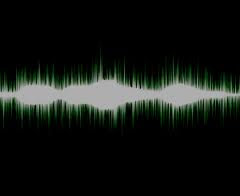 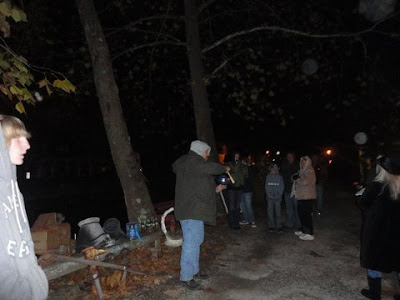 The ghost walk tours on October 28 & 29 in Metamora, Indiana were a huge success!  We had a lot of people who were quite surprised by the stories they heard, the spirits that still linger, and the photos of orbs and energy anomalies that they captured.

On Friday, October 28 we had a Ball State grad, Logan, who was making a documentary film about Metamora, follow our tour and film our entire investigation.  Logan promised to share the film footage with us, so we will be sure to post some clips from it in the near future.  Until then, we thought we would share some of the awesome photos we have had submitted to us from some of the people who went on the ghost walk tour (see our photo albums in the right side menu).

Saturday, October 29 we had a great group of people on the tour.  We did a lot more walking around outside, so some of our fingers and toes were a bit frozen.  By the time we got back to the Meeting House and another log was thrown on the fire, we all settled in nice and snug for a showing of "Metamora Ghosts Caught in Action", the Whitewater Valley Paranormal Society's presentation of anomalies captured during our investigations of Metamora, Indiana.

VIEW OUR PHOTO ALBUMS IN THE RIGHT SIDE MENU BAR﻿